Paulina Escobar is a political activist whose husband is a prominent lawyer in an unnamed South American country just out of a dictatorship. One day a storm forces her husband to ride home with a neighbor. That chance encounter brings up demons from her past, as she is convinced that the neighbor (Dr. Miranda) was part of the old fascist regime that tortured and raped her, while blindfolded. Paulina takes him captive to determine the truth. Paulina is torn between her psychological repressions and somber memory, Gerardo is torn between his wife and the law, and Dr. Miranda is forced to endure captivity while husband and wife seek out the uncertain truth about the clouded past. —Henry G. Herron 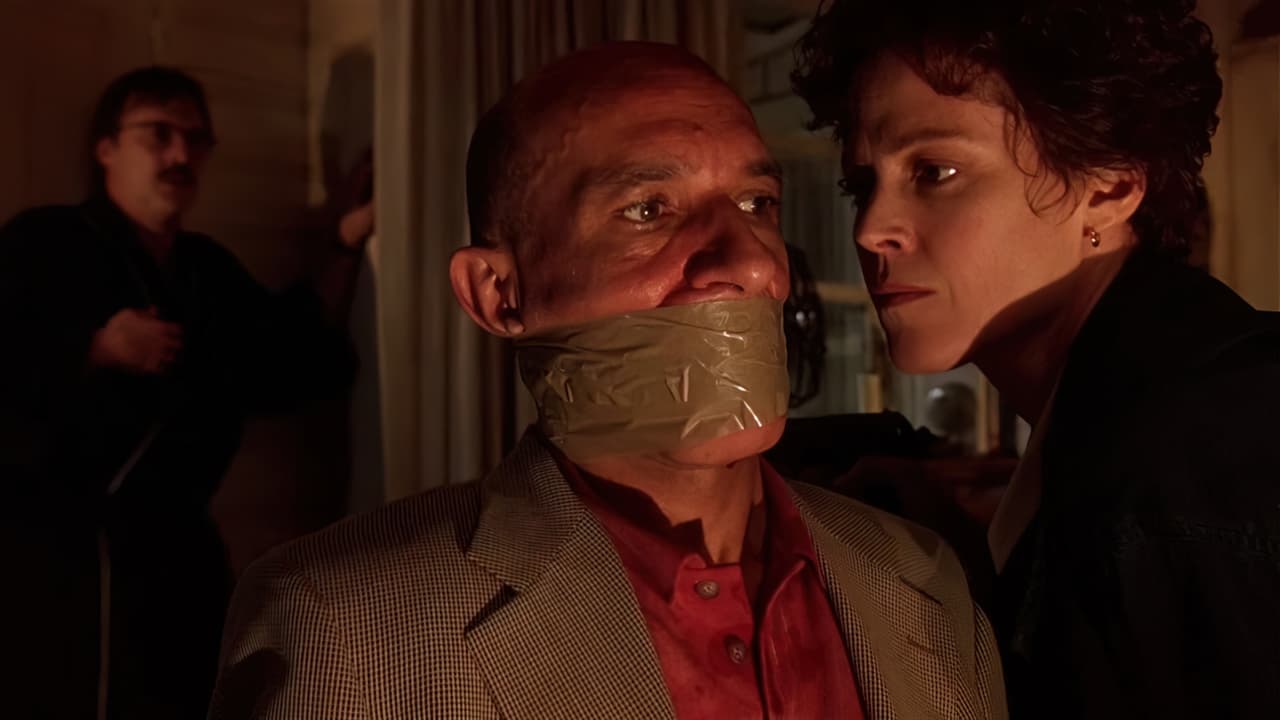